This is a budget tiny house by New Frontier Tiny Homes, who is not really well-known for affordable tiny homes. Instead, they are known for some of the most luxurious tiny homes ever built. Like The Cornelia, The Escher, and The Alpha Tiny House, just to name a few.

It’s not the most affordable tiny house you can find, but it is a high-quality home. Please take a look and let me know what you think? This tiny house is called The Luna.

Don’t miss other amazing stories, announcements, and tours like this – join our FREE Tiny House Newsletter for more! 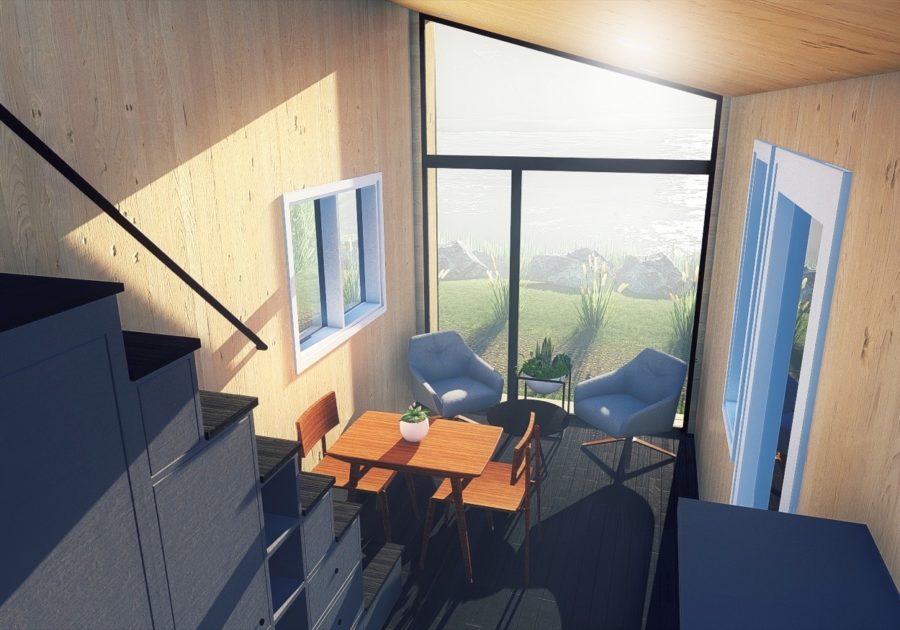 Storage is built right into the staircase to the sleeping loft. You can configure it a few different ways. Full kitchen and an open-concept design The siding is matt black corrugated steel rated for 100 years of life. What do you think of the signature shape of the house? It looks really modern! The loft fits a king-size bed if you want. There’s also a full-size shower (we’ll have to wait and see it another time) but it features a 30″x30″ free-standing shower, vanity with wall mount sink, standard flush toilet, and barn door entry. The outside has a functional awning and the house sits on a 25-foot double axle trailer. The unit comes with a Mini-Split HVAC unit. More Like This: Tiny Houses | Builders | THOW | For Sale

Next post: The Griswald 24-Foot Treehouse Motorhome With Cockpit-Outhouse