This is a 40ft tiny house that’s actually a shipping container even though it doesn’t look like it!

The 380 square foot house is built by Custom Container Living, and they added a raised gable roof to the structure which along with the cedar lap siding, which totally disguises the container! What do you think? 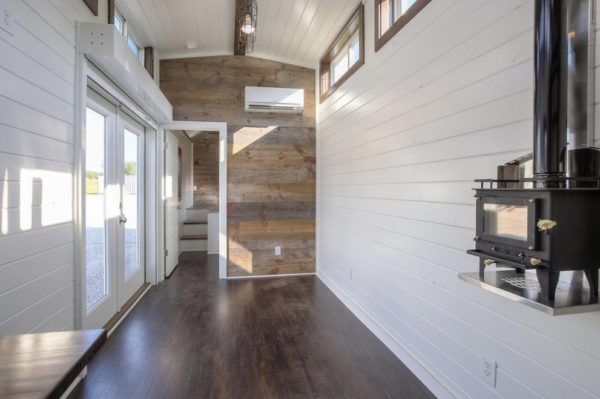 Share this with your friends and family using the e-mail and social media re-share buttons below. Thanks!

If you liked this you’ll LOVE our Free Daily Tiny House Newsletter with more! You get all of our best small and tiny houses in your email plus access to FREE tiny house plans!

See The Latest: Go Back Home to See Our Latest Small and Tiny Houses