This is the Zoku loft, a hybrid micro home design for work and living.

In only 269 sq. ft., you get a multi-functional space with a kitchen, living area, dining area, bathroom, bedroom, storage, desk, and more.

Would you live in a tiny apartment like this in a big city to make rent more affordable? I would! How about you? Let’s talk about it in the comments. Please enjoy, learn more, and re-share below. Thank you! 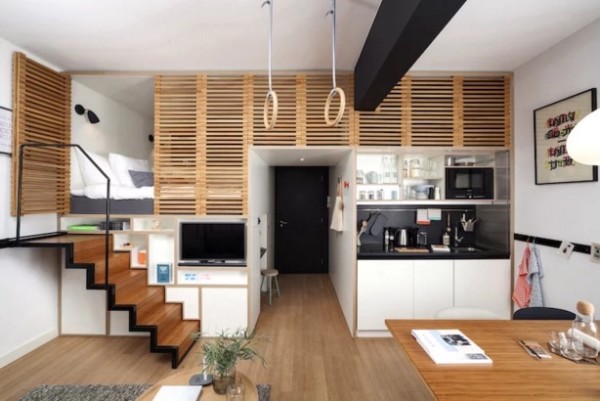 Our big thanks to Doug Rooks for sharing!

You can share this micro apartment with your friends and family for free using the e-mail and social media re-share buttons below. Thanks.

If you enjoyed this ZOKU loft you’ll absolutely LOVE our Free Daily Tiny House Newsletter with even more! Thank you!