They Ditched Their Mortgage And Went Tiny

April & Chad were once homeowners in the Portland area, working 6 days a week to stay afloat. But when they started seeing Tiny Living shows on HGTV, they ended up selling their home and business and moving into a studio apartment while they planned their tiny journey!

In 2017, they bought their 24′ Chinook Peak tiny house from Tiny Mountain Houses in Oregon, and parked it on April’s parent’s property. But when Chad’s aging parents needed help, they took their home with them all the way across the country to Maine, where they’ve been living on his parent’s land ever since. April said being able to take their home with them made the transition so much easier than it would have been otherwise!

The couple is now debt-free and have no regrets about going tiny three years ago. We got to do a Q&A with the couple, which you can read at the end of the post! Enjoy the photo tour. 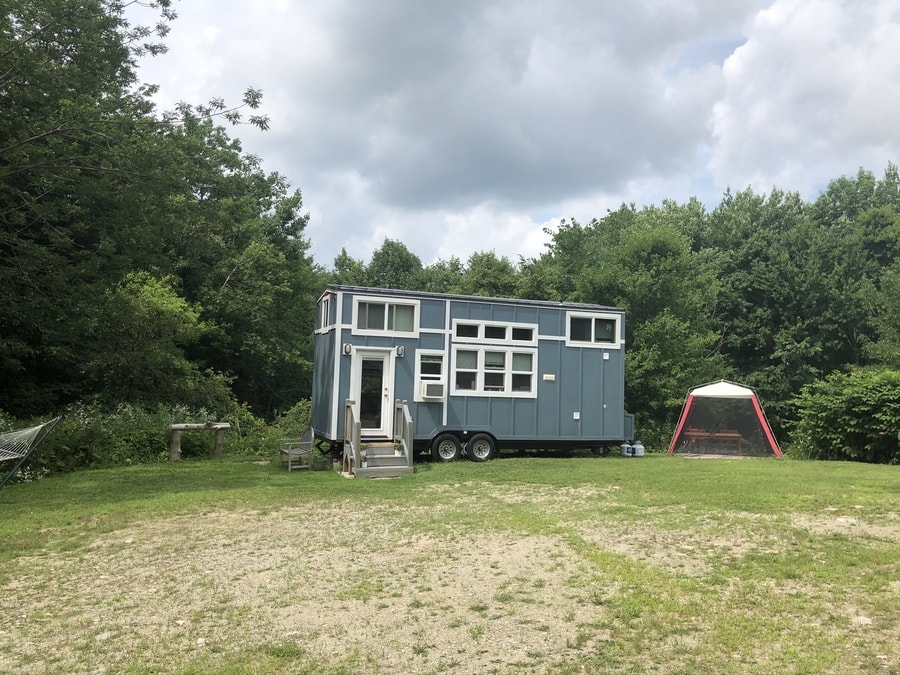