What About Park Model Tiny Houses and Communities?

The other day a reader sent me an email with a few photos of a park model tiny house that he ran into while driving.

This park model tiny home had just moved into a trailer park where he happens to drive by regularly.

This excited him so much (I would be too) that he stopped and took a few photos (which I’m sharing below). Thanks for the pictures, Troy!

So this got me thinking… Whatever happened to the idea of park model tiny houses and communities? Don’t these already exist? Why aren’t we making something happen here? Why aren’t we at least talking about it? 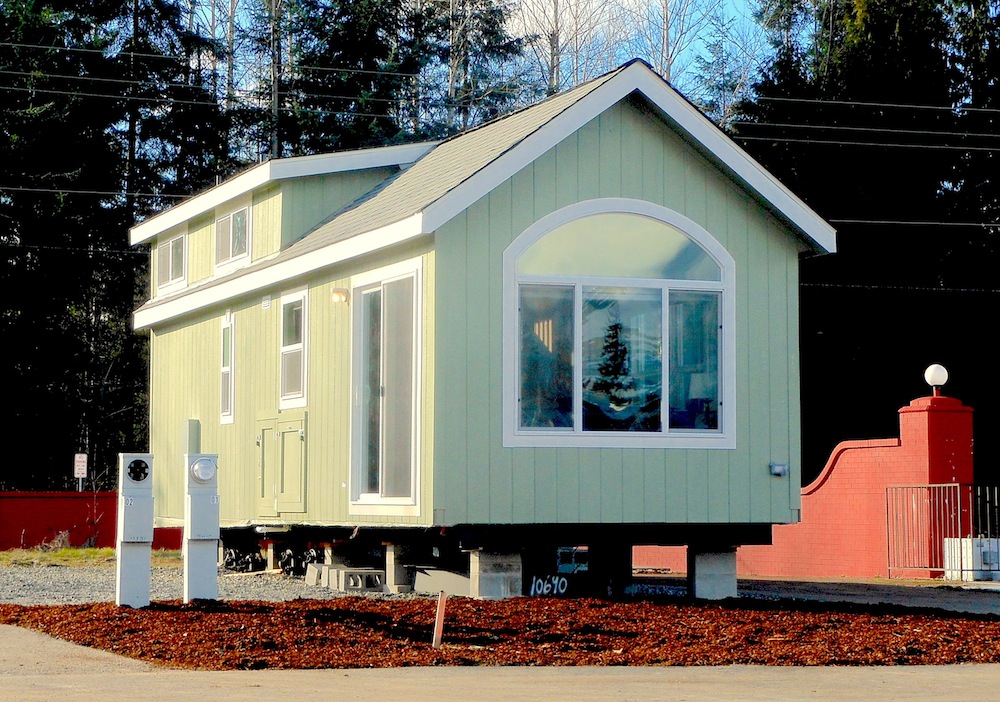 Photo by Troy B.

Park Model tiny house communities already exist in my area as retirement communities. Most of the time I’ve seen them as 55+ communities which is great but it just leaves out the young people who want to live tiny or small.

But if folks have already figured out how to build communities using Park Models then why haven’t we done it simply without the 55+ age requirement?

That brings me to my next concern. We have dozens of available tiny house plans now, but what about their slightly larger counterparts (Park Models)?

I remember Jay Shafer, now of Four Lights Tiny Houses, saying that he was contemplating this idea a while back. I wonder if there are still any solid plans for this? Tumbleweed? Well, what about park model designs that already exist?

This could be a wonderful solution for those of you who are already 55 or older because communities already exist throughout the country. For the rest of us, we have some work to do and ideas to spread!

Would You Buy/Build and Live in a Park Model Tiny House? The only down-side is that when you want to tow it you need a special license. So you either get the license or hire out the move because it’s too wide to tow with a regular drivers license and truck. You know.. wide load!

For more posts like this join our free tiny house newsletter!

Big thanks to our reader, Troy, for sending in these photos he took. You rock Troy!

Question for You on Park Model Tiny Homes

Have you ever lived in a park model tiny house community? How was it? Can you share your thoughts and experiences? What do you think about using park models to create simple living communities?